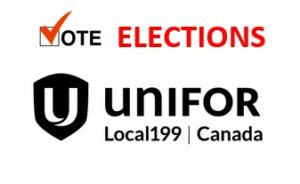 Within our local we have elections for the Executive Board,  bargaining committee for every unit, and various delegates. The terms start and end at various times and are for up to 3 years. the elections committee can also called upon to conduct strike authorization and ratification votes,

The schedule for elections can be found on the TAB to the left  Elections Schedule all positions all units, on this page.  Notice of election, nominations and elections are posted in the upcoming events area of the website. They are also posted at the Union Hall in the Elections Notices display cabinet and at the appropriate workplace.  Any formal complaint about an election issue must be submitted in writing to the election chair and will be responded pursuant to the election guidelines.

The Election Committee Chairperson will determine when an election needs to be done by following the schedule of terms coming due. The unit chairperson will be contacted to arrange the date the location where voting would occur. The President will also be consulted prior to any upcoming  election.

A notice of nomination stating the type of election, positions for election, and approximate date will be posted with the dates and times that the nomination box will be open at the hall. After the closing of the nomination box the names will be reviewed for eligibility with the unit chairperson. The notice of election will be posted with the candidates’ names, the  date and time of the election. A pre vote may also be scheduled for anyone not able to vote at their workplace on election day.

A seniority list of eligible voters is used to determine who votes and their names are crossed off when they receive a ballot. Ballots are either counted by hand or done electronically for the bigger elections. After the results are known and as soon as it can be done, the results are faxed to the workplaces, posted on the website and in the elections display cabinet at the hall.

The election process at local 199  is governed by several documents, Elections are scheduled at Local 199 over a three year schedule  The election schedule is listed below and indicates the year and approximate time of year the elections will be held.    The Elections Committee will post actual dates times and location in the applicable workplaces prior to the election. Any member who is interested in running for an elected  position or has a question about the election schedule or process should contact the Election Committee chairperson. 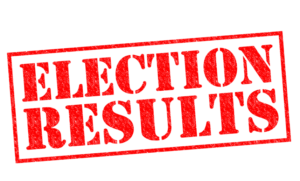 All election results held at Unifor Local 199 are posted in the respective workplaces at the Union Hall and on our website.  Election results are listed below in alphabetical order, to see the results click on the Unit below. Any member who has a question about the election schedule or process should contact the Election Committee chairperson Steven McMullen. There are rules and guidelines about how to run a fair democratic election which are covered in the Unifor Constitution, Local Union Bylaws and the Unifor Election Policy Guide. Over the years different situations have occurred and the Elections Committee have been asked to answer a variety of questions pertaining to elections.  Following are the answers to the most frequently asked questions.

How many votes do you need to win an election?

Most elections require 50% plus one vote to win an election however there are a few positions that require a simple majority.  For the position of trustee there is a formula to calculate the number of votes required dependant upon the number of positions and candidates.

Can I run for more than one position in an election?

This is a tricky question the answer depends upon the type of position you want to run for. For example if you wanted to run for both a workplace rep and executive board you cant run for and hold two positions that such as Financial Secretary and Union Steward.  However if you wanted to run for a workplace union rep you can also run for  recording secretary, trustee, Sergeant at Arms, member at large, and Guide.  The reason being these position don’t require.. You can also run for a workplace rep and alos run for a standing committee.

Why wasn’t I informed of the nominations or election times for this election?

Upcoming elections are announced at the General membership meeting prior to the nomination and election notice being posted. These notices are also faxed to the workplace to be posted on the union boards and are also posted at the union hall. For executive board elections, a notice is also place under Public Notices in the local paper to ensure retirees are informed of their right to vote and announced at there meetings.

Who decides on the date and times of the election?

The Election Committee Chairperson, Unit Chairperson and Local 199 President together, decide when the election will occur.

Why does it take so long to have the runoff elections after the initial election results are known?

Most unit elections are counted by and the ballots are printed locally. In these runoff elections they are usually done within 7 days of knowing the election results and a runoff election date can be arranged. When an election uses the electronic ballot counter there needs to be a longer period to enable the ballot templates are made, machine is programed and ballots are printed. For Executive Board elections, which are done at the same time as the GM unit elections it will be min. 4 weeks between elections for the runoff to be scheduled. All Local 199 retirees are eligible to vote in these elections and vote at the following Membership meeting on the 3rd Wed. of the month.

Why is a strike vote necessary?

A strike vote must be conducted 30 days prior to the end of a collective agreement. It is a chance for the membership to hear the main issues that will be discussed at negotiations and an opportunity for a member to ask a question about the upcoming negotiations. It gives the bargaining committee the support they have if a strike is necessary and also shows the company the support the union has going into negotiations.

Is it true that if I don’t come out and vote at the strike vote meeting then I am deemed to have voted yes to strike?

NO, the strike vote is only determined by the votes of members who cast their ballot at that meeting.

What stops someone from voting more then once?

There is only one Seniority List used for the duration of each election. A different colour cross-off pencil is used at each voting station to show which ballot box their ballot will be in. The number of voters are counted up and cross referenced to the amount of ballots counted in that box. All remaining blank ballots are accounted for.

What Security measures are used to ensure the ballots and ballot boxes are secured and not tampered with before being counted?

At the start of the election where electronic counting is done, a new deadbolt is installed in the room that will be used for the duration of the election and runoff election. Only the Election Comm. Chairperson and Vice-Chairperson have a key to this deadbolt. Once the blank ballots come in from the printer they are locked up here and are shipped in sealed packages of 100. These are not opened until they need to be divided up for all voting stations. All ballot boxes are prepared with the red Unifor numbered seals that will be used on them, which are documented and the same #’s are verified before they are opened at counting time.

How do I know the election is done properly?

Why don’t I vote for the Unifor President or National Executive Board?

Our democratic system allows every member to vote for the delegates from their local union, who then vote for these positions on your behalf at the Unifor National Convention.

I saw some putting a large envelope in the ballot box. Why would that be?

If someone comes to vote that is not on the seniority list provided than they will still be given a ballot to vote which they will first bring back to the election person before going into the ballot box. Their name is written on the list showing they were enveloped. Their ballot goes in a blank envelope to keep it secret which is then placed in a larger envelope with their name, dept. ect. They will be asked for any important information that may be helpful to determine if they are indeed eligible to vote or why their name was not on the list. On counting day that envelope will be verified with the records at the hall for whether their vote will count. If verified, it is counted and if it is not, it will stay sealed and only ruled upon if the vote is close enough that ballot could change the outcome of the election.

When an election is schedules the Election Committee will post a nomination period in the respective workplaces affected by the election. members who want to run for an elected office must fill out and sign a NOMINATION FORM revised January 2019 indicate the position they are running for and drop it off at the Union Hall before the end of the nomination period

You can email any questions to:  Elections Chairperson Chris Jones

DUE TO MORE LAYOFFS IN THE COMING WEEKS AT THE WORKPLACES LISTED BELOW, VOTING DATES HAVE BEEN UPDATED AGAIN.  ...

DUE TO MORE LAYOFFS IN THE COMING WEEKS AT THE WORKPLACES LISTED BELOW, VOTING DATES HAVE BEEN UPDATED AGAIN AS...

Upcoming Notices of Elections are posted below.  For all units (except GM) The Executive Board Notice of Election, including voting...

Elections for the Executive Board of Unifor Local 199 and 22 units have been scheduled for early Spring this year....