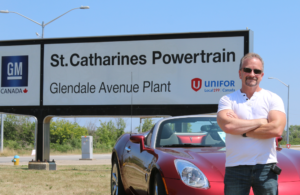 There has been a great deal of speculation about the impact on our plant during the COVID 19 pandemic as well as the semiconductor issue. Below is the best information we have at this time. Please note that GM is continuing to update its production schedules based on speculation as to the timing of production requirements.

The HFV6 engine is sole sourced to Lansing Delta and the HFV6 is currently running 2 shifts. The Company has informed the Union the situation in V6 is unsolidified and is directly related to sales that at least in the short term there will be a “temporary” small decrease due to the lack of sales. We currently produce roughly 5000 V6 engines a week on 2 shifts. This will be decreased to approximately 950 a day to 4,750 a week.

The GF6 Transmission ships to Cami in Ingersoll and Ramos in Mexico. Our schedule is currently at zero due to the semiconductor problem. This will likely be in effect until sometime in early May or June. The volume for the remainder of the year once we get running again will be in the range of approximately 600 a day following the schedule at Cami. As Cami is our largest customer, we will be in constant contact with them regarding their schedule for 2021/2022. A future concern is that the Transmission is a 6 speed and will become obsolete in the next few years. The timeline for this has not been decided due to the pandemic and semiconductor issue pushing out some of the product timelines.

Skilled Trades: It has almost been 30 years since any tradespeople were hired. At the time of writing, we will have hired about 60 new Electricians and Industrial Mechanics since last July and demographics indicate many more will be hired in the next few years. Please make them feel welcomed.

New in Auto:  In 2021 the Auto sector will continue to be at the center of much speculation in Canada. The USMCA’s provisions are starting to take effect and will have some offsetting impacts, particularly related to rules of origin for auto content and higher wage rate requirements for some production. GM has already stated they will try to neutralize some of the increases. They’ll look at automation, temporary work, and supplier cost reductions as we have seen in recent agreements in the U.S. and here in Canada at Cami and Oshawa.

We continue to have a great deal of dialog with the Company and National Union, as well as discussions with the Federal and Ontario Ministers who oversee the auto industry in Canada, to press the case for new investment in St Catharines. We continue to pursue opportunities to bring work to our facility and replacements for products we currently produce.

As Chairperson of the GM Unit in St Catharines and newly elected Chairperson of the Master Committee responsible for all GM manufacturing/CCA facilities in Ontario, I have had the opportunity to attend several Virtual meetings on the future of St. Catharines. We have recently had dialog with prominent GM Management personnel to make sure that they continue to see St. Catharines as an attractive place to do business, as we have a work force that is second to none. St. Catharines has many advantages to offer GM for high-quality, competitive, profitable, production.

The Union is continuing conversation from bargaining in terms of looking at moving the DC pension plan (defined contribution plan) members to the Colleges of Applied Arts and Technology DB plus pension plan. This is a plan set up in 2019 and is open to the private sector.

In the last round of bargaining in 2020 we started the conversation with the Detroit 3 informing them that we are looking at returning the defined contribution plan members back into the defined benefit universe, with a pension guarantee for lifetime much like our legacy DB plan members have. We committed with the Detroit 3 to looking at the due diligence that’s necessary around that in terms of what would be needed to meet any involvement or participation requirements that the CAAT and ELHT plan require.

That said, preliminary discussions were held during bargaining regarding the 2020 bargaining “DC to CAAT” and “ELHT” feasibility letters. All parties agreed to establish a working group in an effort to determine these issues on a collective basis. In addition, there was consensus, that if the group determines one or both items are “feasible”, we will target January, 2022 as an implementation/transition date. Corey Vermey will be the Unifor Rep. working as group lead. The overall process is led by Shane Wark from the National. l with participation from myself and the two other Chairs from Ford and Stellantis (FCA). This has involved a series of conversations with the Detroit 3 and there’s an agreement now to proceed with the working groups. The first meeting that took place was on March 23rd with all of the Detroit Three Company leads and Unifor at the table. More information to follow as we work through the issues.

Transfers:  Last year’s transfers (62s) did not become null and void in January 2021 due to a new system being implemented to replace the old antiquated system used in the past. If you have any issues with the new system for transfers, please contact Vince Filice 905-641-6419.

Vacation Process change:  The Company has informed the Union that GM is going to a new software system for vacation. The Company states they will be moving to a system called Kronos from the current TKS system. The Company states this process will reduce tax implications of large payments, align pay and time components of vacation pay and blend dates for PAA and VN with regards to the 1000-hour requirement time.

The Company also states this will ease the administration of pay advances and deferrals as under the current plan and result in less opportunities for errors.

Our members will retain the same vacation milestone entitlements, 1000-hour qualification for full vacation pay continues and vacation entitlement remains June 30th. Vacation initialization is still July 1st. Once this is fully implemented all vacation periods will be from July 1st to June 30th of the following year. The biggest change you will see is vacation hours and 1000 hours will all start in July.  Currently it is January for Vacation and July for PAA. We will have one last ½ value of vacation hours for January through the STUB period and then all will be in July.