Earlier this year at  negotiations with the D3 Unifor negotiated a one time lump sum payment for (GM retirees who retired before 1994 & their surviving spouses).   I just receive conformation from General Motors today that the deposit will be made on February 1st  2021.

No action is required by eligible retirees, the payment will be included in the member’s monthly pension payment.

In the past year, two hundred and seventy-nine hourly members who worked at General Motors joined the ranks of the retiree chapter. We would like to congratulate these new retirees and wish them a long and health retirement. Unfortunately due to the ongoing closure of the Retiree Centre, which began in March 2020 with the COVID-19 restrictions, we are unable to hold a meeting to introduce them to the Retiree Chapter. We will make arrangements in the new year to schedule a meeting when it is safe to do so.

Recently retired members who opted for the Commuted Value pension who would like to continue to pay Retiree Union Dues ($2 / month) should contact Steve McMullen 905-964-6285  to make this payment, a tax receipt will be issued.

The ASR Trust, which handles retiree benefits, recently sent out a questionnaire asking retiree’s which services they most commonly use. I received a few call from retirees asking if they should complete the survey, the answer is yes, we encourage you to complete the survey.

We contacted Gordon Graham at the ARS Trust and asked why they were doing the survey.  He said that the trustees wanted to find out how the current plan design is working and to determine if it meets the needs of the retirees.  If you have any questions about benefits please contact Lawrence Robson at 905-641-6444

We would like to wish all the retirees and their families Happy Holidays and a COVID free New Year! 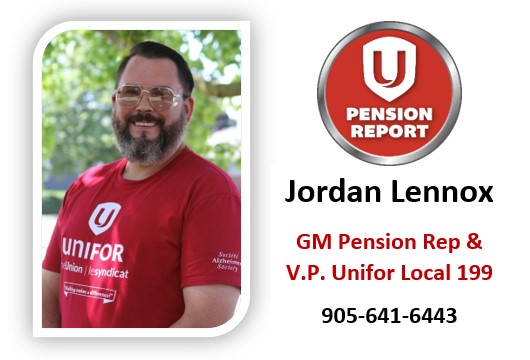